Decathlon’s new distribution center: facility that once manufactured tanks for WWII given yet another vocation 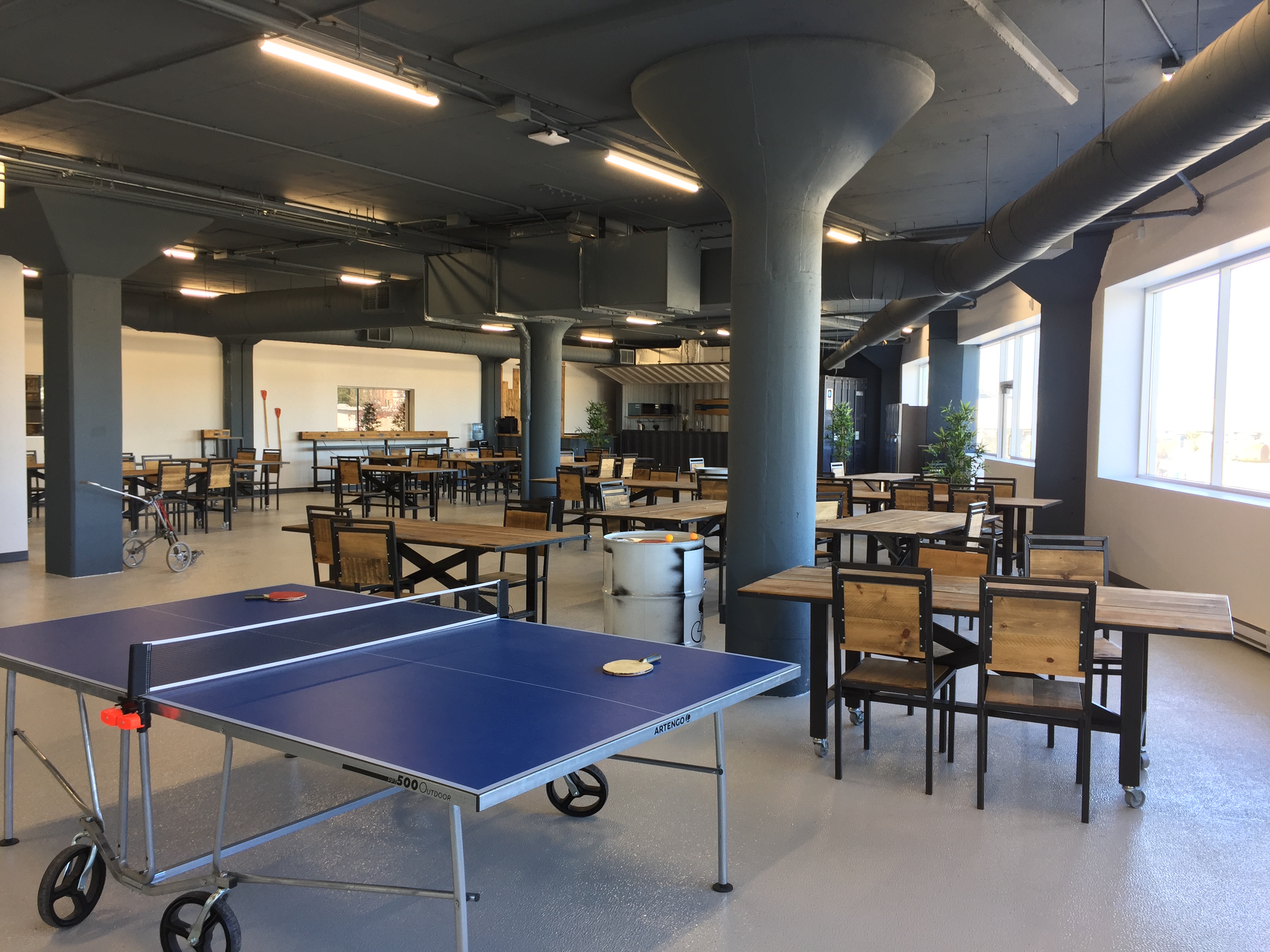 Located in the East End of Montréal, this building built in 1940 has a multi-faceted history. Initially used as a facility to manufacture locomotives, during the Second World War, the plant facilities were converted primarily to fabricate tanks for the war effort. Later, the facility was used by GE for decades to manufacture appliances. Recently, the building was gutted and received a much-needed makeover.

There were no existing plans available for the 400,000 ft2 building, so the renovations had to progress very carefully, despite the fact that a fast-track project for Divco was underway. Over the years, the building had been added to and changed through many extensions, modifications and new structures, which now were no longer useful or to current standards. Entire floor slab had to be demolished, façades had to be removed to create windows and loading docks, 78 skylights were cut into the roof, the electrical systems had to be redone and the entire building had to be redesigned and constructed to meet the current norms and standards of the industry. In addition, the remaining elements of the building had to be reinforced. Despite the complexity, the targeted 9-month schedule was met.

“It was great to be able to modernize an industrial building that had so much history behind it, said Béryl Bedard, Project Director. “It was a very challenging renovation, but then we have a very experienced team who knew just how to handle that.”